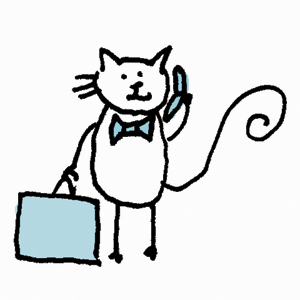 so I've been wallowing in self doubt / pity of late...
I think I need to find a part time job... for several reasons...
one being I have not worked for 7 years...
trouble is...
I HAVE NOT WORKED IN 7 YEARS!!!!
it's horrifying to discover how much confidence in one's own ability can go missing in that time.
I'm not looking for a career... just a local part time job, where I get paid and I can go home... no baggage attached.
Even the mere idea of looking for what sounds like a simple thing sends me in a spin
but I think I need to do this (if only because it scares the bejeezus out of me)
So last Friday I pulled up my socks, got some resumes ready and visited my local shops... I dropped off 5. Should I do more? I guess so
I'm kinda proud and hopeful
Wish me luck ;)
Posted by shishyboo at Saturday, October 15, 2011 No comments: Links to this post

suck it up princess 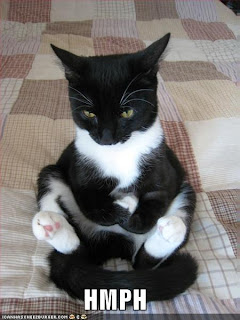 I'm having a dreadful few days, PMT + the approaching full moon (tonight) does not go well with me.

This month I'm feeling down and out, I need peace and quiet to think straight and with school holidays on right now I'm not getting it.

So I'm doing all my "thinking" at night when I should be sleeping and being in this awful state of mind, it's all the "what ifs", the "you really should have done thats" and the "what are we going to dos?" bouncing around my head.

Hurry up and be next week already, I hate this ride and wanna get off :(
Posted by shishyboo at Wednesday, October 12, 2011 No comments: Links to this post

September 2011.... the beginning of the busy season

from now until the end of the year things get busy at our place... birthdays, dancing, work & school events, it all adds up and we run out of weekends.

To be honest I think that's why I persist with my procrastinating, a futile effort at putting the brakes on life. One thing I have learned the hard way is if I want to stress less, I need to be organised to get everything that needs doing done. So I must force myself to make the effort and just do it even if I'm tired or craving a little more me time.

Preparations for Hubby's 40th are chugging along... prop wise not a lot has been done in a while, I'm hoping to enlist the kids next week in the school hols to make a bunch of starfish and other seacreature decorations but for that to happen I still need to pull my finger out and get things made so they are at the stage ready for them to decorate. Decorating is the fun bit and the only bit that interests them.

My octopus is at painting stage but I'm waiting for a good time to do it... and inspiration with colours.

BUT...
one big positive step towards the party has been made. We got stuck in and weeded the garden beds and tidied the yard. We've ordered a skip bin to be delivered so we can toss away all the greens and hard rubbish next weekend. Fingers crossed the weeds can be kept at bay until November.

Also we went to a masquerade party on the weekend and they had a photographer there for the night. He did a great job of getting people together for photos and saved the hosts trying to get shots of everyone as well as look after everything. I really thought this was a great idea so chatted with the photographer to see what his rates were etc and it turns out it is relatively inexpensive ($150 for approx 3 hours), he provides a minimum of 80 photos, edits where needed and gives you the files on a usb drive for you to keep.

Not bad hey? And all done with professional equipment so you don't have the problem of your flash not being bright enough for night shots etc. I figure it's a special occasion where we are going to the effort of dressing up and decorating and it's worthy of some decent photo memories so I've booked him.

So other "me time" activities...

TV...
finished True Blood season 4, when all is said and done, I was disappointed that the quality had dropped. It really felt a lot like a big fat soap opera by the end which really sucked. There are other issues with this season which don't sit well with me either and Mischa highlights it exceedingly well so do pop over and read her post.

Sons of Anarchy season 4 has just begun, no complaints :)

I started watching a teen angsty kind of sitcom (?) called Awkward and am loving it. Very quirky and I love cheering for the underdog.

Doctor Who... the second half of series 6, my only complaint is that it's going to be finished too soon

Movies...
I'll be honest, I have a stack of films I want to see yet I have not got around to it. I really REALLY have to feel like watching one and I simply haven't felt like investing that amount of time into watching anything...
except...
we had a family day one weekend and the oldies wanted to watch something with the whole family so it had to be kid friendly.All we had handy was A Cinderella Story... Once upon a song... and you know what? it wasn't that bad really... predictable of course but not excruciating

Books...
still on Game of Thrones, I'm not getting much read each night unfortunately (My kindle says I'm only at 45% !!!) despite enjoying it so much, my eyes grow heavy very quickly.

Massage...
Finally I got to go see my massage lady and came out feeling fantastic and full of energy. I did an hour and a half this time which was a real treat

And I'm back to my creative writing (yay!) I haven't written loads but what I've done has felt good. And I spend a lot of time sorting the story out in my mind as I do my daily stuff which has been fun.

So that's me for September... forgive me for asking but is anyone reading?
Posted by shishyboo at Saturday, October 01, 2011 5 comments: Links to this post