I went with my bestie 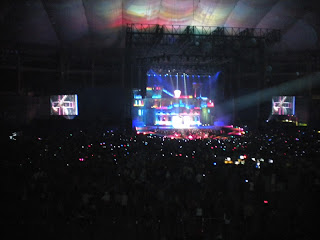 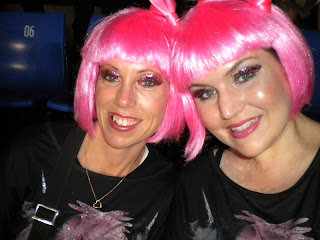 didn't want to stand out by looking ordinary 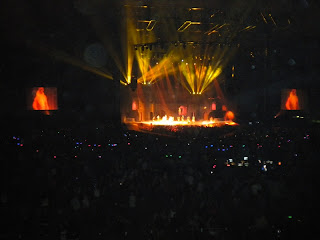 It was incredible!﻿
Posted by shishyboo at Monday, July 09, 2012 No comments: Links to this post

well I'm still buzzing from my first week of working. It's given me a real boost and one that I desperately needed.

I'm so happy things are coming together, finally.

And I've managed to get a lot of time in for myself this month, ok so my house looks a little neglected . Meh! it doesn't worry me. I was out a lot more than usual this month getting to interviews etc then this past week I was working and there are only so many hours in the day and I am not prepared to use every spare moment I have on housework.

The housework will get done when it gets done. We have clean clothes and dinner on the table so all is not completely lost.

Another thing that took up a LOT of my spare time was reading the Fifty Shades of Grey trilogy. I thought about writing a separate post to review it but I'm not sure I'll get there. So here's my thoughts....

I first started by looking up the book(s) on Wikipedia, just to get an idea of what it was all about. It was enough to make me want to read it and make up my own mind on it. Reviews I'd read made it obvious that readers either loved it or hated it and after reading it myself I can see why.

So when I started the book (early June) I wasn't in a particularly "good" place myself. Feeling very vulnerable and near depressed. The beginnings of the story took me back to remember my past relationships and how confused I often felt. It was an unsettling feeling to have all this "stuff" bubble up again. Don't get me wrong, this is stuff I have dealt with and moved on from but being in the frame of mind I was at the time, the memory of the confusion and hurt I felt at the time still stung.

Anyway, after I had recognised what was wrong and focused on taking better care of myself, I found that the Fifty Shades story was also changing and was developing into quite a page turner. So the vague parallel to my life stopped very early on, still it was a weird way to start a book.

Now there is an awful lot of sex in this book and the story does re-hash a lot of stuff but I viewed it as this was the nature of Ana & Christian's relationship. They argued so much about the same things over and over again but eventually (thankfully) their relationship evolved and they moved forward.

I didn't like everything about the books, the writing style among other things didn't appeal to me but that's a matter of personal taste I guess. Reading about love is what drew me in to begin with, the complexities of the relationship and pace of the story is what kept me going and I am always pleased to find not only a happy ending but also see the characters grow and develop. The sex of course didn't hurt either hehe ;)

So all in all I did like the series but I can appreciate why many people wouldn't.

Now onto what else I got up to...
Films

Faster
this was an odd and fast paced film about revenge, it wasn't great but it wasn't awful and had some quite funny moments.

Chronicle
what a bizarre movie! it was an interesting concept but the ending wasn't very satisfying.

Wrath of the Titans
I liked the first one better, this was terribly cheesy and I hate to say it but Sam Worthington's strong Australian accent was over the top, out of place and almost embarrassing.

A Few Best Men
I didn't realise this was an Australian movie until I started watching. It had it's funny moments but it was cliche'd and felt like it was following a formula... like there's a rule of thumb to follow when making an Aussie movie that will appeal to the overseas market. Disappointing really.
TV

The Vampire Diaries Season 3: completed
this really grew on me by the end. My heart was melting a teensy bit for Damon and his heartbreak.

Game of Thrones Season 2: completed
Overall I thought this season felt a bit disjointed, lots happened but it didn't flow well. I still enjoyed it but wanted / expected more. Mind you I am hanging out for Season 3, the last scene with the white walkers had me jumping up and down wanting more.

True Blood Season 5
Weird start to the season, am crossing my fingers it improves

Dirk Gently Holistic Detective Agency
Based on the books of Douglas Adams, I quite liked this quirky show. Dirk Gently is such a loveable twat.

Revenge
I jumped on the Revenge wagon a little late, not really taking much notice when it was on tv. I decided to see if it appealed to me by checking out just the first episode and I was hooked, so watched the entire series in the space of a week. Now I can't wait for the next season!

The Walking Dead Season 2
Hubby and I started this season ages ago but only got as far as the first two episodes, don't really know what happened but we finally got back on track and finished. It has lead to many in depth discussions with Hubby about the zombie rules LOL. And what a crazy ending! Can't wait for Season 3!

After watching so much fun stuff that's now finished and having to wait for the next installments all I can say is bring on Sons of Anarchy & Dexter!